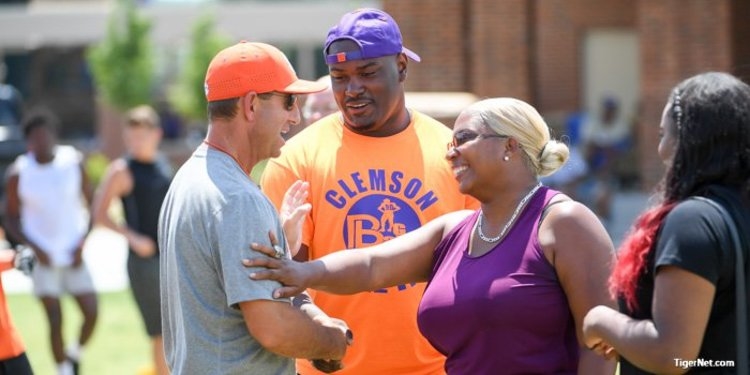 Jefferies earned defensive player of the year after a monster senior season.

Ahead of the early signing period Dec. 20-22, Covington (Ga.) defensive tackle commit Darnell Jefferies signed his letter of intent to Clemson in a ceremony at his high school Friday.

Rated as high as a four-star prospect by ESPN (No. 22 DT), Jefferies committed back in June, citing Clemson as feeling "like home from my very first visit."

Jefferies told TigerNet earlier this season that he has high expectations for the future of the Clemson defense.

"I just want to win and whatever I can do to help us get the W, I'm all in for that," Jefferies said. "Christian (Wilkins) is such a force, I mean he is a boss. I hope to be able to have as much success as he has and handle it with the same swag and good nature...They have set the bar really high and I know '#WeTooDeep18' does not plan to disappoint ourselves or the Clemson Nation."

As a senior, Jefferies earned region defensive player of the year by posting 19 tackles for loss and seven sacks, totaling 65 tackles and also a pick-six:

Congrats to one of @Newton_High best!! On his way to being a @ClemsonFB Tiger!! @BigBaby_90 pic.twitter.com/Uc8N1StzvV

Today was commemorative for my teachers and friends who want be in attendace tomorrow for my offical signing and celebration! Thanks Newton High for the great times.

Tomorrow is going to be lit?? https://t.co/jUStUtLFwf