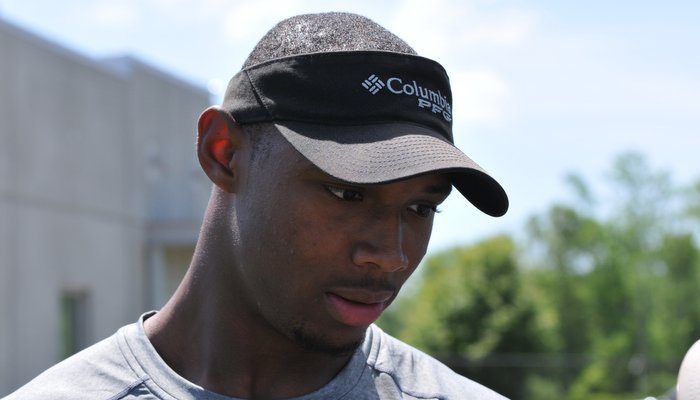 Auburn head coach Guz Malzahn announced on Sunday that freshman running back Stephen Davis Jr. from Irmo, South Carolina is out for the season with a knee injury and will redshirt according to multiple reports.

Davis had not fully recovered from a torn ACL and MCL injury that he suffered against Dorman in the third game of his senior year in high school.

"He's a big, athletic guy [Davis Jr.]," Malzahn said Thursday via Montgomery Advertiser. "He was a very good football player, really on both sides of the ball, coming out of high school. He's still figuring out what's going on but he's a big guy that can run. Right now, he's playing running back. I know the defense would take him at safety. We were talking about safety. We decided to put him at running back first and give him a chance to do that and we'll see how it goes."

This injury news comes in addition to senior running back Jovon Robinson being dismissed from the team earlier in the week.

The new starting running back will more than likely fall to Kerryon Johnson who had 52 carries for 208 yards last season.