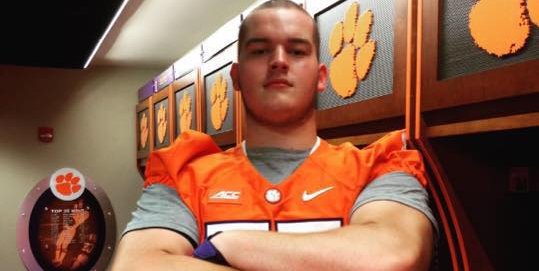 "I'm proud to say that I am officially a Clemson tiger!," DeHond tweeted. TigerNet spoke with DeHond after the signing and he said that he was honored to be a part of this signing class.

DeHond chose the Tigers over his other finalists Alabama and North Carolina.

He is a 4-star recruit by the majority of the recruiting services and one of the top overall prospects in New Jersey's 2017 class.

Clemson offered on 5/27/15 and his two main recruiters were Brent Venables and Robbie Caldwell.

The towering offensive lineman was reclassified as a 2017 prospect and moved from Rochester, New York to Hightstown, New Jersey.

Congratulations to our senior football and soccer players commited to play in college! #NationalSigningDay #AlaViva pic.twitter.com/7OGDm6oIbm

I'm proud to say that I am officially a clemson tiger! #ALLIN