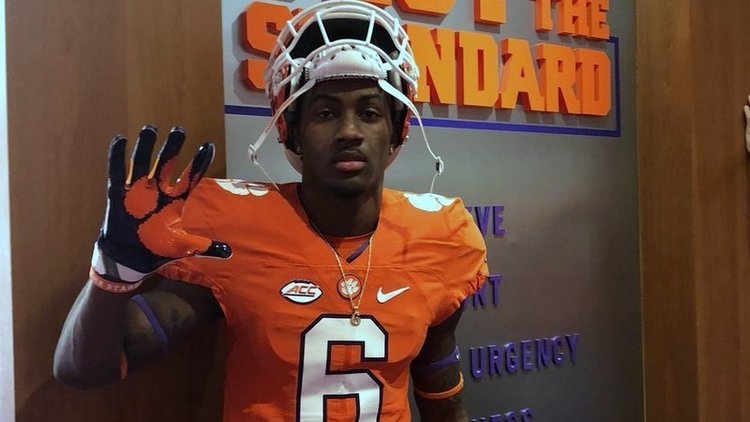 Jones visited Clemson back in January shortly after moving from the 2020 class to the 2019 class.

One of the top cornerback prospects in the 2019 class included Clemson in his top group on Saturday.

Norfolk, Virginia DB Sheridan Jones reclassified from the 2020 class in January and has picked up a number of new offers along the way, including Clemson’s in January. He placed the Tigers in a top-seven with Alabama, Tennessee, Nebraska, Virginia Tech, Ohio State and South Carolina.

“As soon as I announced that I am a junior - they said that I jumped ahead of a lot of guys,” Jones said of Clemson’s recruitment at the time. “I knew that Clemson was a top-tier football team, but meeting coach Swinney and seeing his perspective on things, it changed my mind about a couple things. He’s really all about his players and he wanted to make sure they were good people before they were good football players.”

Since the Clemson visit, he has also made stops at Tennessee and South Carolina and has a visit set to Ohio State at the end of the month. He added Saturday that he will visit for Clemson's spring game on April 14.