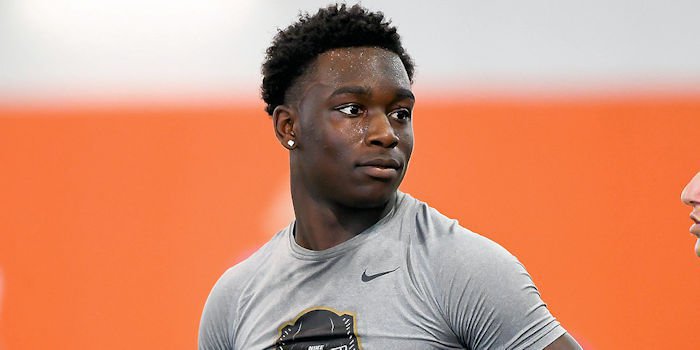 Kendrick was impressive at the 2015 Dabo Swinney Camp

4-star WR/ATH 2018 Derion Kendrick from Rock Hill, S.C. has committed to Clemson during a visit with his family on Saturday night.

In 2016, he led South Pointe to the 4A State Championship title as he passed for 3,348 yards and 37 touchdowns. He also had 630 rushing yards, eight rushing scores, and two receiving touchdowns as he was named to MaxPreps' Junior All-America team.

He is a versatile player at the college level where he could fill multiple positions including safety, corner, or wide receiver. However, Clemson co-offensive coordinator Jeff Scott has been recruiting him to play wide receiver since he saw his impressive performance at the Dabo Swinney Football Camp in 2015.