4-Star DE Jayln Holmes is on Ohio State's campus this afternoon on an unofficial visit. Several media reports have him a commitment to Ohio State.

But on his personal twitter account, he denied the reports that he gave his verbal to the school.

Clemson offered on 6/16/12. Holmes is a consensus 4-star recruit by all the major recruiting services.

He attended the second session of the Dabo Swinney football camp in June 2012 and also attended the 2013 camp.

During the camp in position drills, he looked very impressive physically and showed good burst on the line. 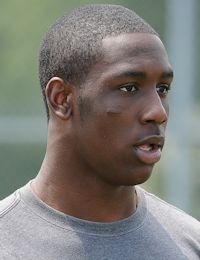 I did not commit