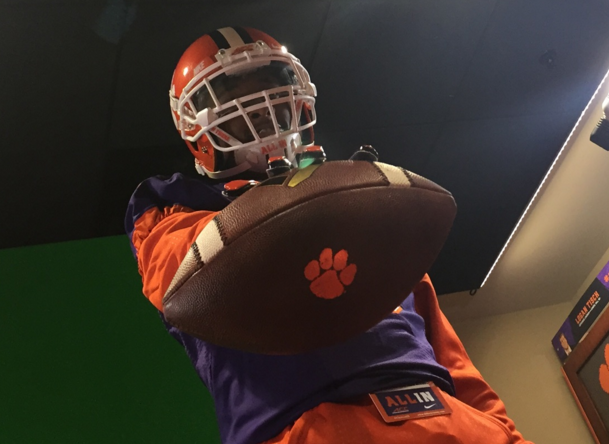 TigerNet spoke with Wallace soon after his visit and he said that Clemson made quite the impression.

"Clemson really opened my eyes and gave me a lot to think about. I can't say anything bad about Clemson. What stood out was how everybody came together, even the coaches. That was really good to see. It's a family atmosphere."

Clemson defensive back coach Mike Reed had the following message to Wallace. "He just told me it's a wonderful opportunity. I can jump right in and play."

The Clemson coaching staff offered the DB/WR as a defensive back, and Wallace talked about playing defensive back vs. wide receiver on the college level.

"I don't care," Wallace said. "I just have to find the school that's best for me. I will play defensive back if that's where the coaches want me to play."

Wallace will travel to a visit to Ohio State and then will make a final decision on his college choice at 9:30 am at his high school on National Signing Day.

"Clemson has given me a lot to think about. I need to go home this weekend and find the school that's right for me," Wallace said.

As a senior, he had 718 yards receiving, 376 yards rushing and 14 touchdowns to help lead his team to a 5A state title and was named First-team all-state as a wide receiver and a defensive back. He even played some wildcat quarterback and returned kicks this past season for Highland Springs.