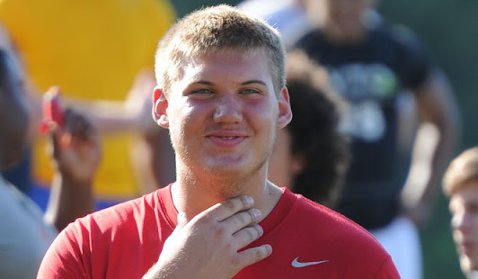 View Full Profile is a 5-star OT from North Gwinnett(HS) that has decided to commit on Wednesday at a ceremony at his high school.

Clemson is thought to be the front runner to land his services after being one of his leaders throughout his recruitment and Hyatt also visited last weekend at Clemson's junior day.

A school that might be in the mix besides Clemson would be Ohio State because of some of his family being from the area.

Hyatt is a 5-star recruit by all the major recruiting services and many have him rated as the top OT in the nation. He is also regarded as the top 2015 player in the state of Georgia.

His uncle, Dan Benish, played for Clemson and in the NFL for the Atlanta Falcons and the Washington Redskins.

2015 5* OT Mitch Hyatt to commit Wednesday at 7pm during seniors signing day ceremony at North Gwinnett. One of the best regardless of class