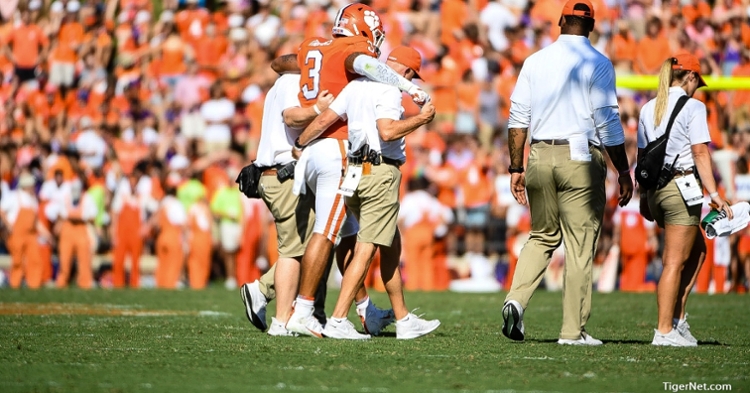 Clemson defensive end Xavier Thomas went down with an apparent ankle injury midway through the second quarter of Saturday's game with Texas A&M.

Trainers appeared to be looking at his left ankle and he was helped off the field by two trainers. He was not putting any pressure on the leg at all.

We will update you when we get an injury update on Thomas.

Update 1: Logan Rudolph has come in to take his place at defensive end.

Update 2: Thomas is going to the medical tent to get looked at by the medical staff. Teammate K.J. Henry went in to check on him.

Update 3: Tent has been lifted off. Thomas is still sitting on the table and being looked at by trainers.

Update 4: Now he's up and running along the sidelines. Looks pretty good.

Update 5: He's back with the defensive group on the sidelines.

Update 6: Thomas is back on the field with 4:57 left in the second quarter and then did this on third down...