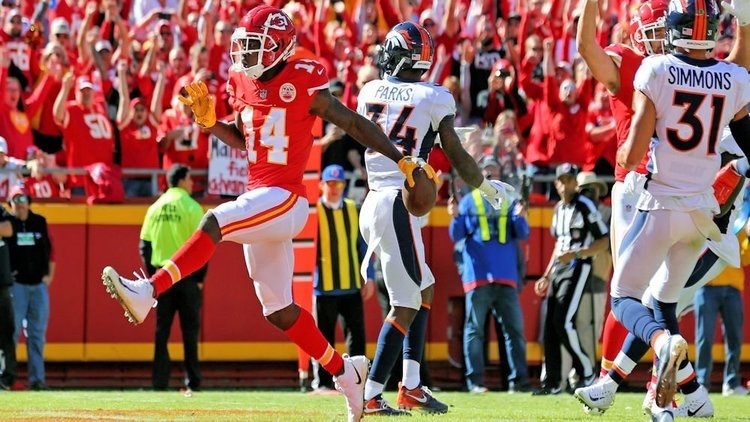 The Sammy Watkins had his best game of the season during the Chiefs' 30-23 win against the Broncos on Sunday.

Watkins finished the contest with eight receptions on nine targets for 107 yards (13.4 ypc) with two touchdowns. The two scores were Watkins' first multi-touchdown game since September 21, 2017 (vs. 49ers). He has 28 total touchdowns for his NFL career.

"It’s not all about me or any guy on this team. If I’m not open, I know Trav’s (Kelce) going to be open," Watkins said during postgame interviews.

As the Chiefs figure out how to get Watkins the ball in their high octane offense, he is someone to watch closely in the next few weeks if you play fantasy football.

Check out his touchdowns below: