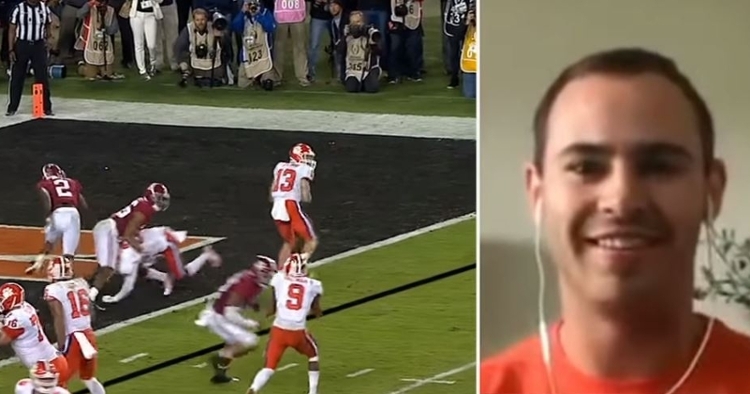 The fun is in the winning (and remembering nattys).

Renfrow was asked about the final moments in the huddle before his game-winning catch.

"Yeah, it was a wild," he said. "We are a no-huddle team, so we kind of had a time out I think the play before we threw the fade up there to Mike Williams. But as we got the play called, we knew they were going to be in man coverage 100 percent of the time inside the five-yard line, so that's something we knew going in, and that's just a play everybody kind of looked at each other. Everyone did a great job, and Deshaun (Watson) hit me in stride, and it worked out."

Renfrow shared the name of the game-winning play that was called.

"It was 'paul-right-wheel-rope-crush' was the name of the play," he said. "I will never forget it."

Tiger fans will also never forget that clutch play as it will live on forever in Clemson sports history.