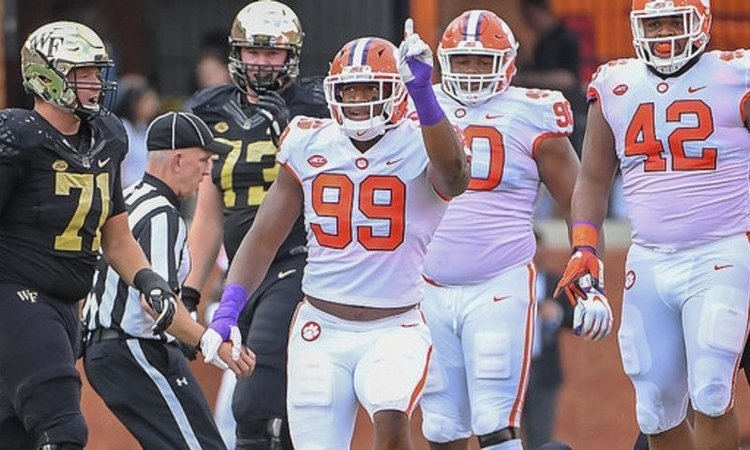 Another day and another mock draft.

Ferrell was projected No. 4 overall to the San Francisco 49ers.

"Ferrell had ten sacks for Clemson while playing on the best defensive line in football," CBSSports.com said. "He may not go this high, but the 49ers need to find pass rushers despite taking defensive linemen in the first round from 2015-17."

For the season, he has been impressive with 46 tackles including 17 for loss, 10.5 sacks, two forced fumbles, and three pass breakups.

Lawrence had a prediction of barely making it in the first round at No. 31 to the Los Angeles Chargers.

"Lawrence is a 340-pound wrecking ball who is surprisingly quick for his size," CBSSports.com said. "He would bolster the Chargers' interior defensive line that already includes Melvin Ingram and Joey Bosa."

For the season, Lawrence had 37 tackles including 7.5 for loss, 1.5 sacks, and three pass breakups.

Christian Wilkins was not included in the top 32 picks of the mock draft.