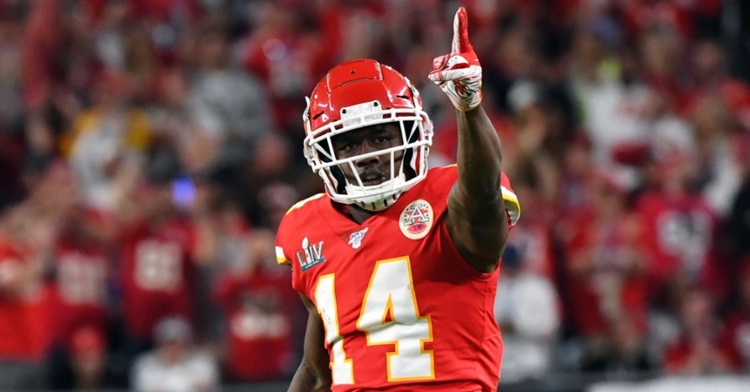 Sammy Watkins is staying with the Chiefs.

Watkins agreed on a new one-year deal worth $9 million with incentives that could reach up to $16 million according to multiple reports. The restructured contract also includes a no-trade clause.

His previous non-guaranteed contract was for $13.75 million salary for 2020.

This move will give the Chiefs around $5 million (previously $171 total cap space) in 2020 cap space this offseason.

Last season, Watkins had 52 catches for 673 yards and three touchdowns, including a team-high 288 receiving yards in the playoffs.

Watkins will only be 27 years old when he reaches free agency next season.

Im back KC LETS GET IT..! #RUNITBACKTOUR

The #Chiefs and WR Sammy Watkins agreed to terms on a re-worked contract to keep him in KC for at least another season and possibly more. It also lowers his cap number. He can earn a max of $16M in 2020, source said.

Before the Chiefs restructured Sammy Watkins’ contract and gave him the very rare no-trade clause for this season, KC was down to $171 in cap space - practically enough to buy some Gates Bar-B-Q for Andy Reid.