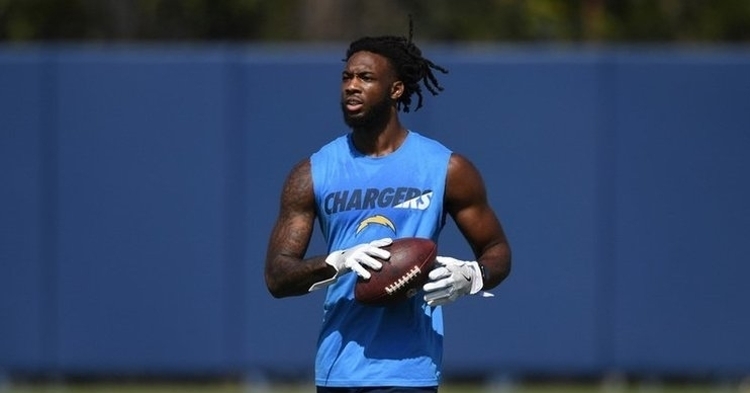 A member of 'WRU' is likely to be sidelined for a weeks of the regular season.

Chargers receiver Mike Williams left Sunday's practice after going down hard trying to make a diving catch and landed on his right shoulder.

According to ESPN and multiple reports, Williams had tests done and is considered week-to-week after suffering a sprained AC joint in his shoulder.

During Tuesday's media session, his head coach Anthony Lynn didn't put a timetable on his return ut just said that he would be "out for a while."

According to NFL.com's Tom Pelissero, he is hearing that Williams is expected to miss two to four weeks according to his source.

In 2019, Williams had an impressive season with a career-high 49 catches for 1,001 yards and two touchdowns.

Williams was picked 7th overall out of Clemson in the 2017 NFL draft.

#Chargers WR Mike Williams is expected to miss two to four weeks with his shoulder injury, source said. Coach Anthony Lynn said today he doesn't know if Williams will be ready for the Sept. 13 opener vs. the #Bengals.

#Chargers WR Mike Williams was on the field toward the end of practice, watching in street clothes. He did not have his right arm in a sling, but he was favoring his left arm and kept his right hand in his jacket pocket.