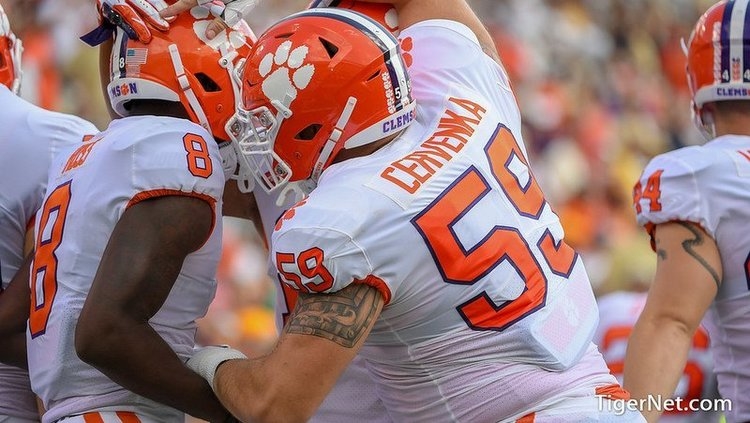 Another day and another honor for a member of the 2018 National Championship team.

Clemson veteran offensive lineman Gage Cervenka was honored on Tuesday by the Greater Greenwood Clemson Club with a hometown billboard.

Other Clemson players that have had billboards go up in recognition of their achievements include Justyn Ross, Travis Etienne, Tavien Feaster, Trevor Lawrence, Kendall Joseph, Tee Higgins, and Hunter Renfrow. Who's next?

Look what when up today! Congratulations Gage and Go TIgers!! #ALLIN pic.twitter.com/5OH6lUvy3t