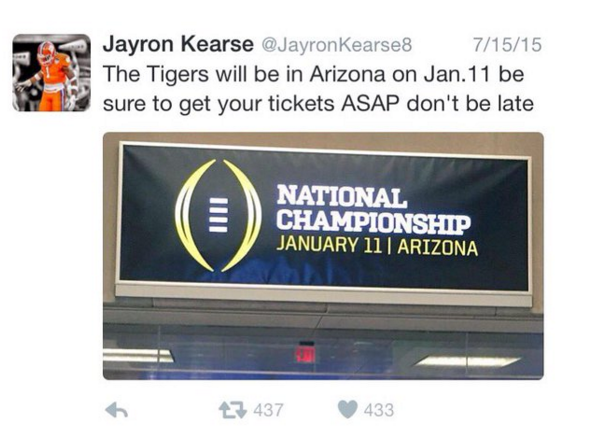 Clemson junior safety Jayron Kearse predicted back in July on his Twitter account that Clemson would play in the National Championship game.

Kearse tweeted," The Tigers will be in Arizona on Jan.11 be sure to get your tickets ASAP don't be late." He actually warned fans not to be stuck without tickets before the important game.