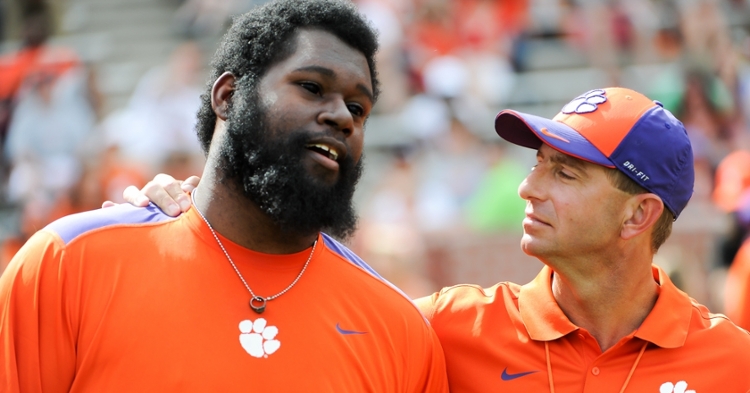 The Clemson and USF Families are coming together to help raise support for former CU football player and current USF graduate assistant coach Kalon Davis and his family. This past Thursday night, April 16th, Kalon’s family home in Chester, SC burned. Sadly, Kalon’s father lost his life in the fire. His mother is currently in the Burn Center in Augusta, GA with severe injuries. Please consider donating to help Kalon and his family during their time of great need.

Current USF head coach Jeff Scott - who recruited Davis to Clemson out of high school - started the fundraiser and led off with a $5,000 donation.

Davis played in 49 games during his Clemson career, including 21 starts. He earned honorable All-ACC honors after his senior season in 2014. He played on Clemson’s first ACC Championship team in 20 years in 2011 and was on Clemson bowl teams that beat LSU, Ohio State and Oklahoma in consecutive years.