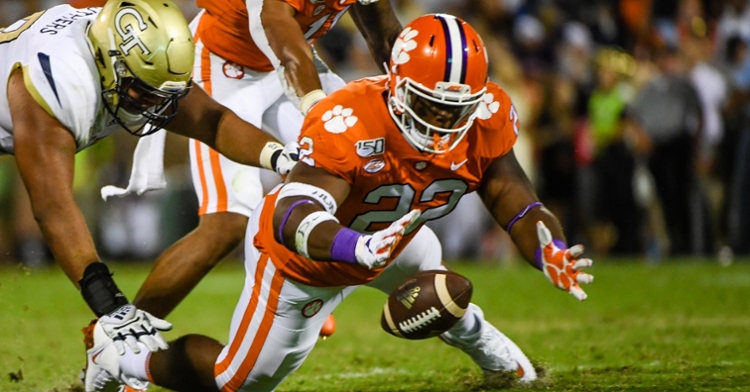 A Tiger will now become a hog.

Former Clemson defensive lineman Xavier Kelly announced on Monday night that he will play for Arkansas as a graduate transfer.

"I will be finishing out my college career at the University of Arkansas," he posted on social media.

He had 9 tackles, one-half sack, two pass break-ups, and a recovered fumble in 10 games last season.

The former four-star and consensus top-150 prospect didn't see action in either playoff game and saw double-digit plays in only four games to total 87 snaps in 2019.

The Wichita, Kansas native totaled 26 tackles, 2.5 sacks, a forced fumble, and a fumble recovery in 256 snaps over 28 games at Clemson.

Best of luck to Kelly as he pursues his dreams in one last go in college football.