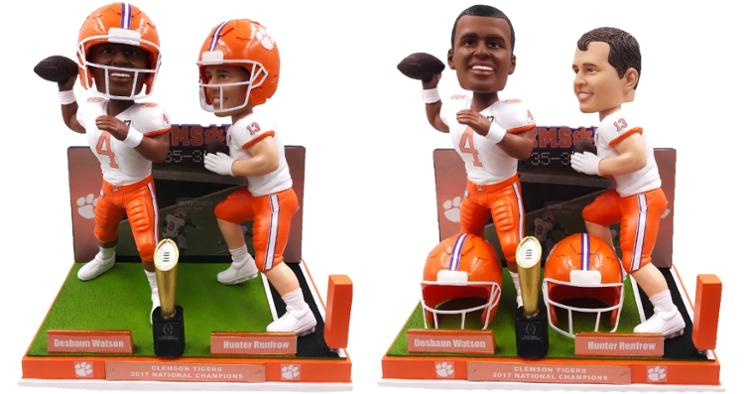 The touchdown with just a second left on the clock put Clemson up 35-31 and secured the school's second national title.

The dual bobblehead features both players with removable helmets, a replica National Championship trophy, a picture of the play on the scoreboard, the date of the game and the final score.

Each bobblehead will be individually numbered to only 2,017.

** Support TigerNet! CLICK HERE to Get Your Watson and Renfrow Dual Bobblehead Today **

The dual bobbleheads are $65 each plus an $8 flat rate shipping charge per order and are scheduled to be delivered in April.

Note that this is a special pre-sale price that is expected to go up once the bobbleheads arrive if any are still available.

The official bobbleheads are being produced exclusively for the National Bobblehead Hall of Fame and Museum by FOCO.

** Support TigerNet! CLICK HERE to Get Your Watson and Renfrow Dual Bobblehead Today **