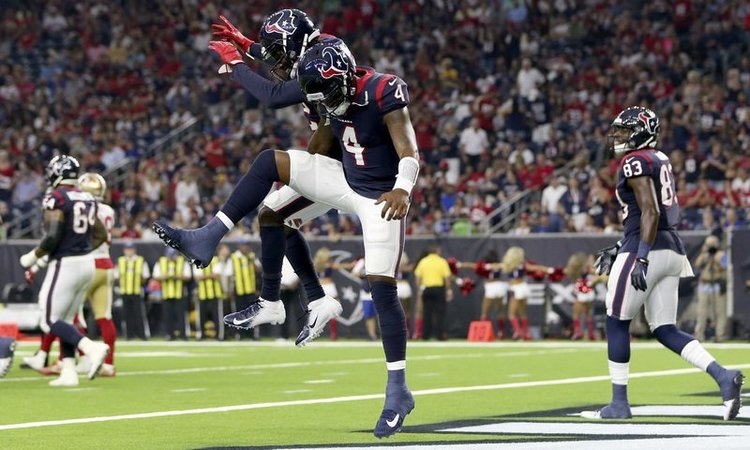 Obviously, there isn't a ton of sports to talk about at this moment.

For some diehard gamers, each release of Madden NFL is a huge deal as they get to play with their favorite football players.

Each season Madden rates their players on various attributes, and that is how good they are in the game.

Houston Texans quarterback Deshaun Watson was not a fan of his overall rating of 86 which made him the eighth-best quarterback in the league behind Patrick Mahomes (99), Russell Wilson (97), Drew Brees (93), Tom Brady (90), Aaron Rodgers (89), and Matt Ryan (87).

C'mon Maddon programmers, I get your top five list, but you got to put Watson over 'Matty Ice' who registered just the 14th-best QBR last season.