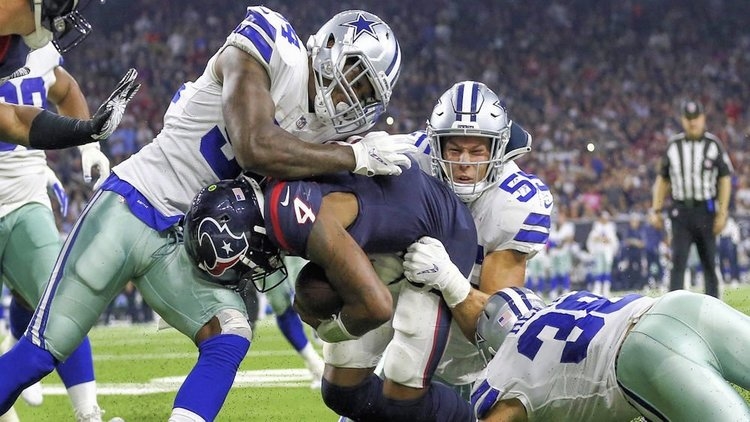 The Texans won a hard-fought 19-16 overtime win against the Cowboys on Sunday with a valiant effort by franchise quarterback Deshaun Watson who was beaten up on the day taking a slew of hard hits.

Watson also ran the ball 10 times as he tried to make up for the lack of running game by his team. During the contest, he was in the medical tent being evaluated with all the punishing blows he was taking by the Cowboys. He finished going 33-for-44 for 375 yards with a touchdown, an interception, and 40 rushing yards.

The second-year pro is currently dealing with a chest injury this week that is currently labeled as day-to-day.

However, Watson is pretty optimistic he will be able to play heading into Week 6 action against the Bills despite being very sore.

"I feel good," Watson said via the Houston Chonicle. "I feel great."

He was listed as a limited participant in Wednesday's practice.

QB Deshaun Watson is listed as a limited participant in practice with a chest injury. pic.twitter.com/DPJ1A4wxXa