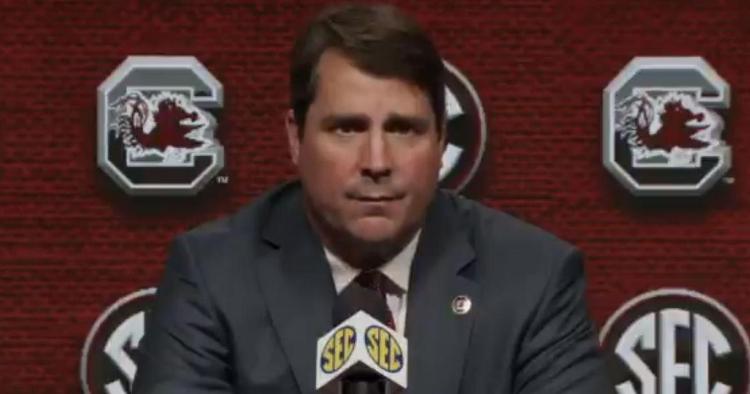 Muschamp was not happy with the 'little brother' question

The Clemson-South Carolina rivalry is one of the most heated in-state rivalries in all of college sports.

Clemson has won two out of the last national championships in football and beaten the Gamecocks five straight years.

More wins could be on the horizon for the Tigers as they have an elite roster of talent and a solid stable of coaches that know what it takes to win.

South Carolina head coach Will Muschamp was asked Wednesday during SEC Media Days 2019 if their program was the 'little brother' of Clemson.

Muschamp reacted very serious to the question and changed the subject quickly something a little brother actually would do. He should have simply laughed it off and said something witty rather than look so furious.