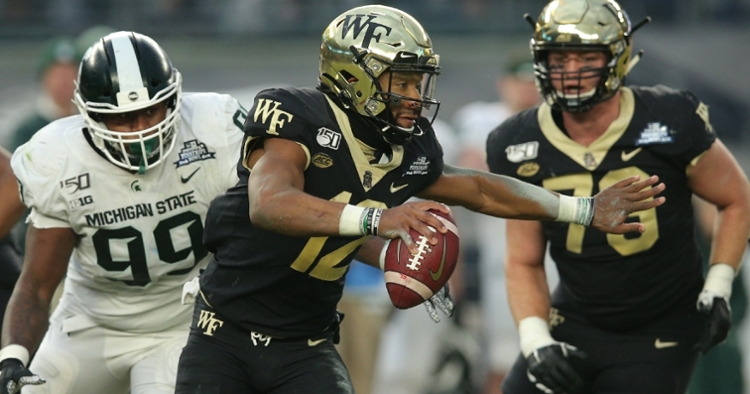 Wake Forest quarterback Jamie Newman made a surprise entry into the transfer portal on Tuesday.

Newman has a year of eligibility left and is a graduate transfer, so he is eligible immediately to play next season at his school of choice.

Newman saw early success in his first year as a starter in a 5-0 start, with 14 touchdowns to three interceptions and three more rushing scores, but injury plagued his second half of the season.

He was limited to 60 offensive yards with two interceptions versus Clemson in a 52-3 loss on Nov. 16.

Newman ranked fourth in the ACC in QB rating (145.36) with 26 touchdowns to 11 interceptions and rushed for 574 yards and six scores.

Wake Forest made a bowl game for a fourth-straight season in 2019 and reached eight wins for the second time in three seasons.