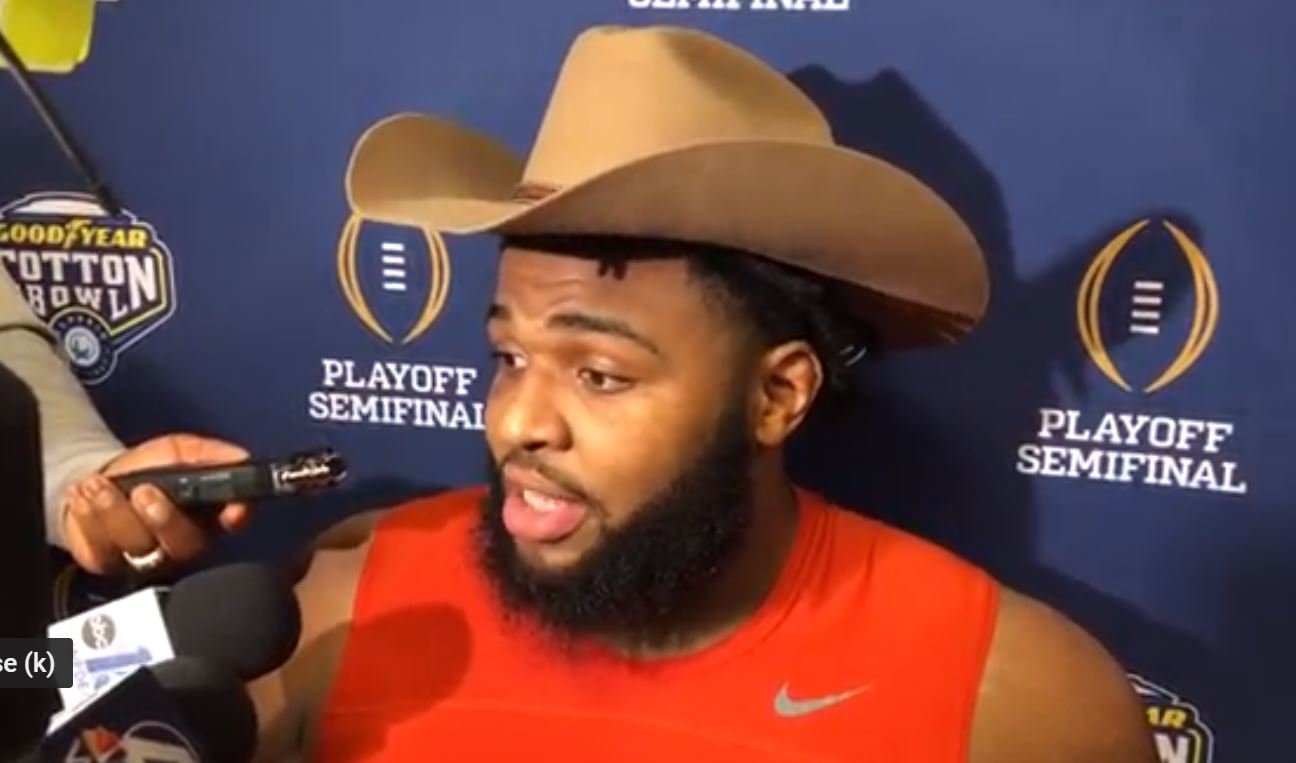 Lawrence and the Tigers hope for a successful appeal before the national championship but Lawrence and two teammates had to sit out the Cotton Bowl due to failed drug test for a trace of ostarine in his system. Wilkins wore Lawrence's No. 90 on his eyeblack and Ferrell did the same and had Lawrence's name on his warmup shirt.

"Dex is our brother. Blood couldn't make us any closer. Just grinding with him and working with him every day has been special...We've got a lot of love and respect for him. I wore 90 on my face as a little reminder. He's not on the field with us but he's out on the field with us. His presence was great on the sideline...He's a great teammate and a really cerebral player. He's definitely on our mind and it's great to have him on the sideline."

Wilkins says the game will be special no matter who is the matchup.

"It really doesn't matter," Wilkins said. "We're playing in the national championship game. It's really just special - the opportunity we have to be the (winningest-ever senior class). It doesn't matter one or another (who we play)."

But with an Alabama matchup...

"If we play them again, we play them again. It's like they should be a part of our regular schedule. We're getting used to playing them every year like they're in our conference or something. They're a really good team...It will be a lot of fun and a great opportunity to have."