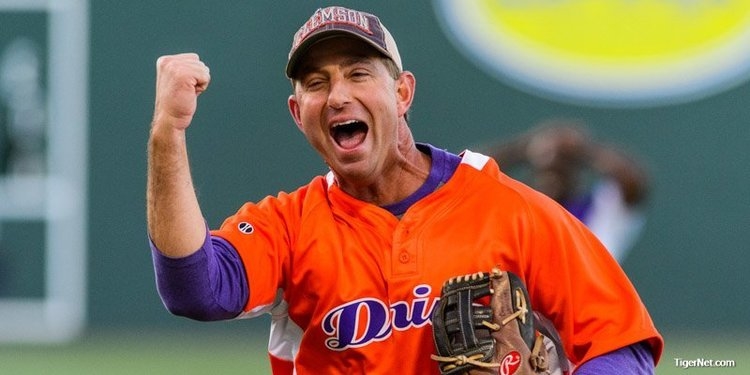 The Purple team got the win 15-11 with Hood getting both the win and the save. The Orange team loaded the bases with one out in the last inning and Hood was called on to relieve Rashard Hall. Hood got David Wilkins to ground out to end the game. Lee was 3-3 while Swinney was 3-4.