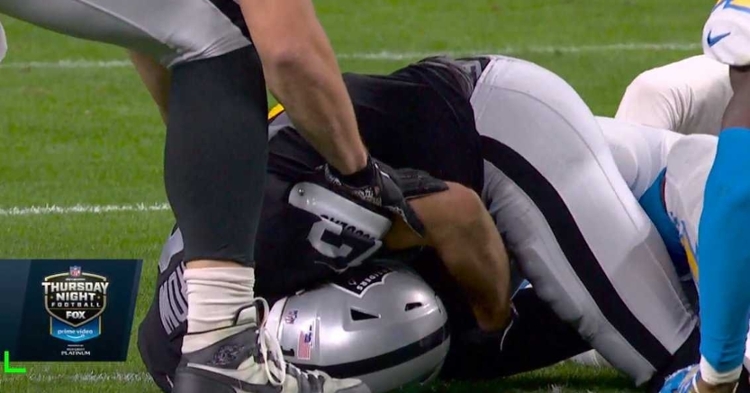 Renfrow took a scary hit to the head on Thursday evening.

Former Clemson receiver Hunter Renfrow took a dangerous hit to the head during a punt return in the third quarter of the Las Vegas Raiders game against the Los Angeles Chargers on Thursday evening.

Renfrow was able to walk off the field and was checked out on the sideline. Later he went to the locker room for further tests was ruled out with a possible concussion.

The Chargers were not called for a penalty on the play.

Renfrow has 47 catches for 594 yards and two touchdowns this season for the Raiders.

remember when the NFL cared about player safety for a few weeks last season and flagged helmet to helmet hits?

Renfrow has been ruled OUT. https://t.co/0tSwiDTYxd

I've spoken to someone who has talked to Hunter Renfrow. He is sore and doesn't remember the hit. Sounds like he will be reevaluated today. Otherwise he's doing ok, which is great news.