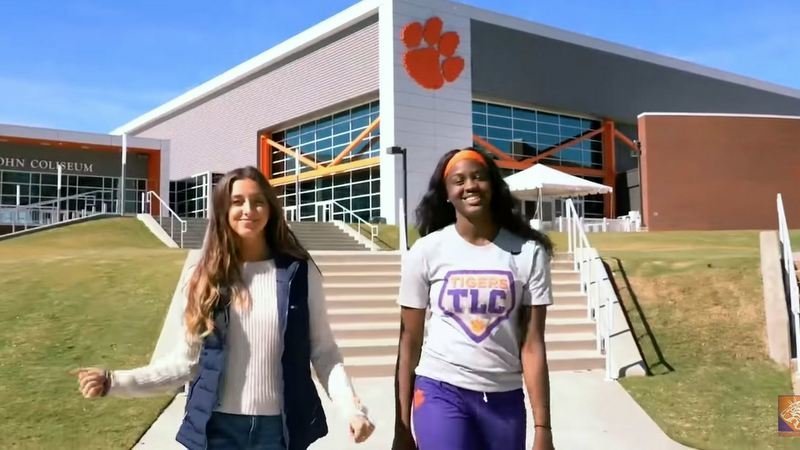 In this episode of Blythe's "Cruising Campus" series, she walks around Littlejohn Coliseum with Tiger guard Destiny Thomas and asks Thomas about life as a student-athlete at Clemson.

Thomas is a sophomore guard out of Pelham, Ga.

She played in all 30 games for the Tigers last season, starting 14 at guard. Thomas averaged 18.0 minutes per game and led the team in 3-point percentage, sinking .273 of her shots from beyond the arc (min. 25 attempts). She averaged 1.9 rebounds per game while recording 17 steals and 20 assists on the season. Thomas started 14 consecutive games in her first collegiate season with Clemson.

Special thanks to videographer Andy Potter.