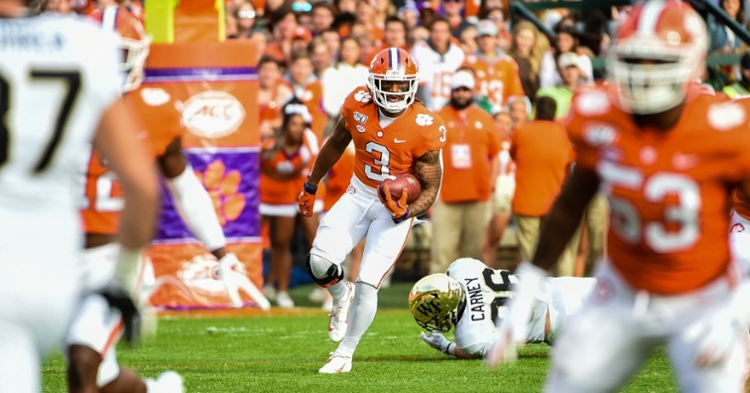 The first FBS football games start Thursday and national media outlets are getting their Playoff picks in.

CBS Sports Network's panel all has Clemson making a sixth-straight CFP but just one has the No. 1 Tigers coming out on top.

Aaron Taylor projects Alabama winning it all over Clemson as a 2-seed after the two advanced over 3-seed Oklahoma and temporary-ACC-member Notre Dame as a 4-seed in the semifinals.

Randy Cross swaps out Georgia for Oklahoma as the SEC champ and noted he doesn't have an undefeated team in 2020. He picks Clemson over Georgia in the national championship.

Brian Jones has the same CFP four and seeding as Taylor and also takes the Crimson Tide over Clemson.

Rick Neuheisel has Oklahoma State coming out on top in the Big 12 and Alabama topping Georgia in an All-SEC national championship.

Check out their reasoning and notes below:

The Inside College Football crew make their playoff predictions ?? pic.twitter.com/2maNy3r15Y