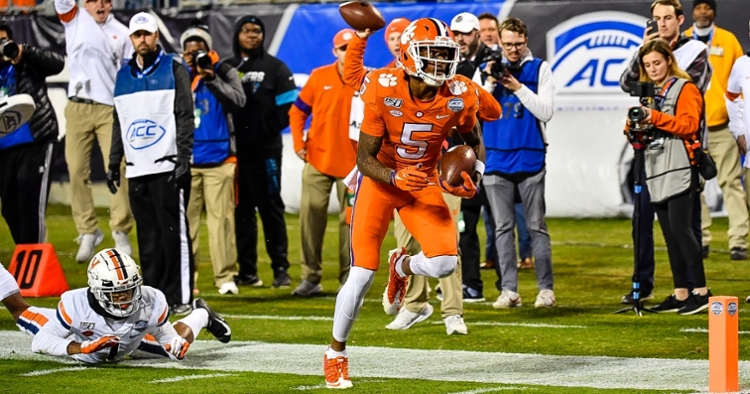 We know Clemson is in a fifth-straight College Football Playoff.

Where are they going? There is a consensus there.

The CFP committee will announce its football final four on a noon ESPN show, which will seed the teams and send them to either Glendale, Arizona's Fiesta Bowl or Atlanta's Peach Bowl on Dec. 28.

Clemson is expected to make a third trip to the desert in five seasons, although the opponent isn't locked in.

CBS Sports projects Ohio State to hold on to the No. 1 seed, which would pit SEC champion LSU and Clemson in its predicted Fiesta and Oklahoma taking on the Buckeyes in Atlanta.

ESPN pegs Clemson and Ohio State for the Fiesta, with Mark Schlabach picking the ACC's Tigers one game further as well to the national championship in New Orleans (Jan. 13).

USA TODAY also goes the route of the 2016 rematch with the Buckeyes in the Fiesta.

Clemson is given the second-best title odds according to FiveThirtyEight (28), with Ohio State a projected No. 1 (39) and therefore drawing Oklahoma in round one.