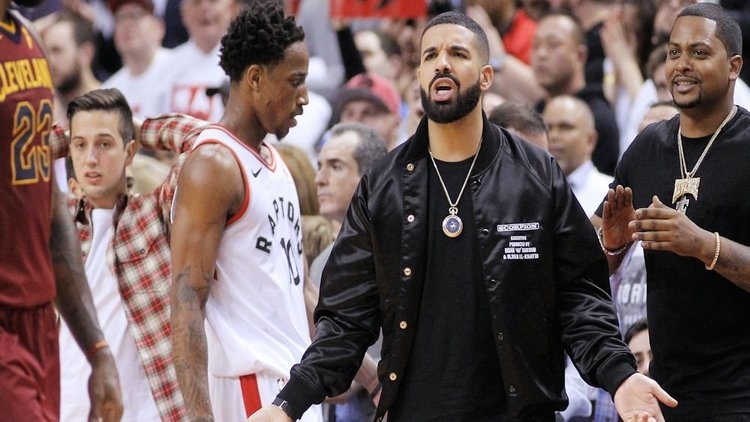 Fans have been joking on social media after Clemson dominated the College Football Playoff National Championship, saying rapper Drake cursed Alabama. I am not sure about that but it certainly didn't help things.

Drake has a horrible habit of being a massive bandwagon fan and supporting players and teams to future losses like Kentucky Basketball, the Toronto Raptors, UFC's Conor McGregor, Serena Williams, and now Alabama.

Basically, if he pulls for your team or favorite sports athlete, they WILL immediately lose.

Here is Drake giving the Alabama team a motivational talk before the title game against Clemson:

Get your mind right!
Motivation from - @Drake repping Bama!#OutworkYesterday#RollTide pic.twitter.com/Pv0nK6JEjt

Twitter reacting to Drake jumping on the Alabama bandwagon before the title 44-16 loss:

Partied with Miami Heat after second title, lost the next finals

Gave Kentucky Wildcats a speech before their shock loss in finals

Walked out with McGregor, beaten by Khabib

Someone get this man a shirt with a Tiger Paw quick pic.twitter.com/VDx2dD7Iv4

The curse of @Drake ROLLS ON. pic.twitter.com/BqXTKrp7gd

i blame Drake for Alabama getting slaughtered?? the curse continues, someone please stop this man!! pic.twitter.com/aY0rUjHpoR

Hey @Drake I’ll give you $20 a week to wear our opponents hoodies every week next year.

"It was all Drake's fault. I knew we were in trouble the moment he comes out there with Alabama -- Raptors got swept, Conor McGregor got knocked out, Kentucky doesn't even know what the Final Four is." — @ShannonSharpe pic.twitter.com/fkM8T3DZ78

Kentucky, Raptors and now Alabama... Who should @Drake curse next? ?? pic.twitter.com/9r3HmNlLg9

Y’all, I think Drake was on the play call sign tonight. I also heard he was looking to lose his Alabama hoodie. ?? pic.twitter.com/nguOWUeVw2

Congrats to @ClemsonFB. To all the Alabama fans who thought the “Drake Curse” wasn’t real. Who’s singing “In My Feelings” in Tuscaloosa now? #NationalChampionship pic.twitter.com/xU2Cb5ubz5

how are we gonna explain to our kids that Drake took down the most powerful dynasty in modern college football?

When Bama fans see Drake after the game pic.twitter.com/forUUs2HtM

I have never made an actual bet against Alabama.. Until I saw drake in a bama hoodie last week..... pic.twitter.com/QAIcIOAT5d