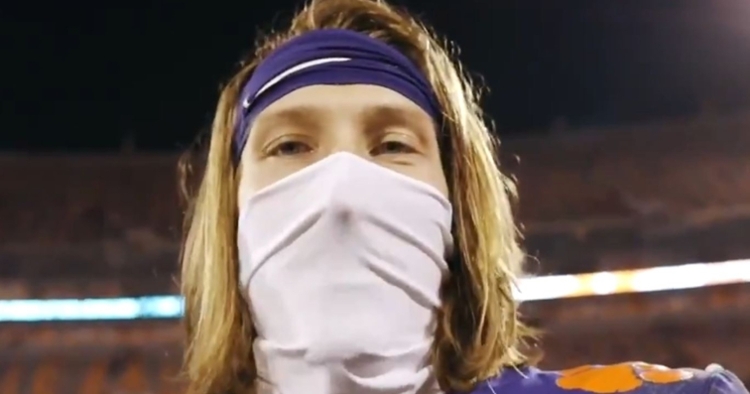 Lawrence says thank you after his final game in Death Valley

Clemson quarterback Trevor Lawrence was impressive in the 52-17 win on Senior Day against Pittsburgh on Saturday.

Lawrence completed 26 out of 37 passes for 403 yards and two passing touchdowns. Lawrence moved to 32-1 as a starter and tied the school-record for wins as a starting quarterback with the win.

Moments after the victory, Lawrence wanted to take a minute to say thank you to everyone after his final home game in Death Valley.

"Last night in Death Valley. Super special night," he said. "I wouldn't want to go out any other way. Super grateful to be a part of Clemson University and even more so this program. I love all the coaches, all the players, and my years here have been amazing, so thankful for everybody. Thankful for the fans. Thank you, guys."

As a writer, thank you, Lawrence, as it has been a pleasure to cover you over the last few years.