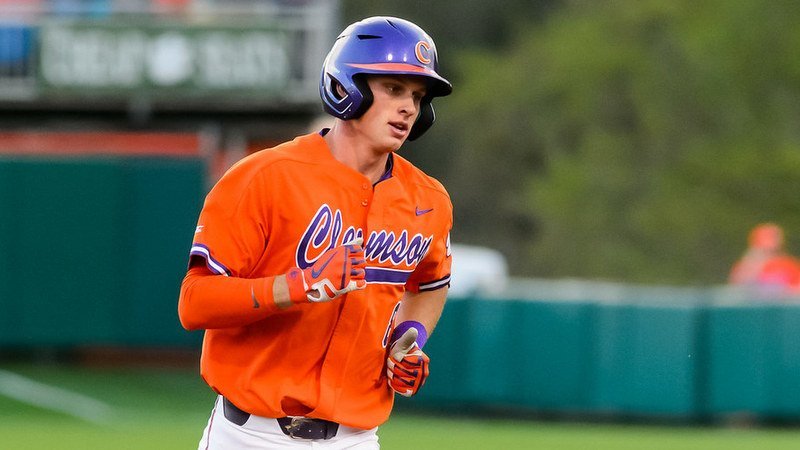 Grayson Byrd extended his hitting streak to 11 games with a leadoff homer in the second inning. An inning later, Michael Green hit a run-scoring double and Byrd added a run-scoring single with two outs. Clemson then erupted for 11 runs on seven hits in the fourth inning. Chad Fairey hit a two-run single to start the scoring, then he hit a two-run homer, the first of his career, to cap the scoring. In between, Logan Davidson, Kyle Wilkie and Justin Hawkins all hit run-scoring doubles.

Hawkins added a run-scoring single in the sixth inning, then in the seventh inning, Byrd blasted a two-run homer, his second of the game, sixth in the last six games and 11th of the season. Byrd led the Tigers at the plate in the game by going 4-for-4 with two homers, a double, four RBIs and four runs.

The Tigers travel to Raleigh, N.C. play No. 16 NC State in a three-game series beginning Friday at 6:30 p.m. on ACC Network Extra.

Clemson-Citadel box
Get the latest Clemson gear right here!
Comment on this story