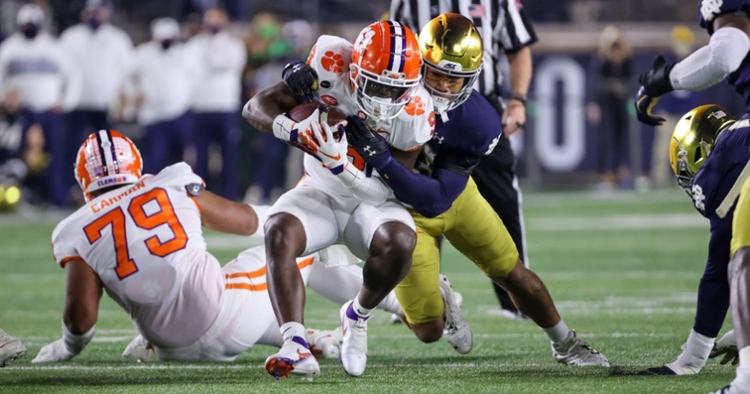 The epic showdown between No. 3 Clemson and No. 2 Notre Dame is almost here as they will play in the 2020 ACC Championship Game on Saturday (4 p.m./ABC).

Our good friends at TicketIQ have been tracking secondary prices for this year's ACC title game that will have a limited number of fans with only 5,240 (7% of stadium capacity) allowed at Bank of America Stadium.

The get-in price for this year's game is $872, which is 1330% higher than last year and is also the most expensive this decade.

Last year's ACC title matchup between Clemson and Virginia was only $61 on the secondary market.