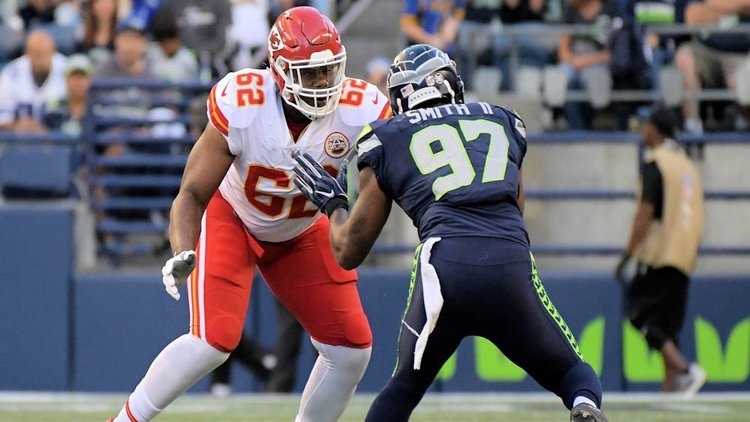 Isaiah Battle and Tavaris Barnes each spent some time at the NFL club in their current XFL spots. (Kirby Lee-USA TODAY Sports)

Three former Tigers selected in last October's XFL draft were the three Clemson reps on the final 52-man rosters announced for the league on Monday.

Offensive tackle Isaiah Battle is playing for his second pro franchise in the Northwest with the Seattle Dragons. He left Clemson ahead of his senior season for a pro shot with the 2015 NFL supplemental draft, getting selected by the then St. Louis Rams. He's also been on the rosters for the Kansas City Chiefs, Seattle Seahawks and Carolina Panthers. The Dragons begin their 2020 schedule on Feb. 8 at the D.C. Defenders (2 p.m./ABC).

On the Defenders is former Clemson defensive end Tavaris Barnes, who has made NFL stops in New Orleans, Seattle, Tampa Bay and Washington before the abbreviated season with the AAF's Atlanta Legends last year.

Former Tigers defensive end Corey Crawford is playing for the Houston Roughnecks and will start his season hosting the Los Angeles Wildcats (5 p.m./FOX). He played briefly in Washington and also for Memphis of the AAF and a pair of arena league teams.

The XFL will have one practice squad based in Dallas that all eight teams in the league can draw players from. That group has not been announced yet.