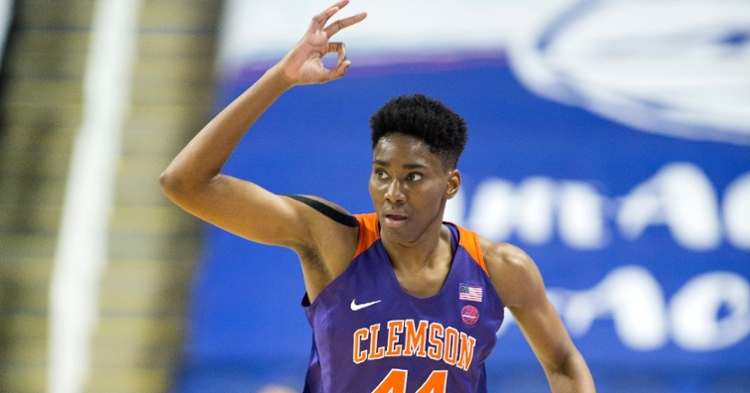 CLEMSON, SC – Clemson’s Kobi Thornton was selected in the third round by the Atlanta Dream in the Women’s National Basketball Association (WNBA) draft on Friday evening.

The 27th pick overall in the 2020 draft, Thornton was the third selection in the third round. She is the third Tiger ever selected in the WNBA draft (Erin Batth, 2001; Chrissy Floyd, 2003) and the seventh draft pick coached by Amanda Butler. Thornton was one of eight players from the Atlantic Coast Conference taken in this year's draft.

Thornton, a second-team All-ACC selection in 2018-19, finished her career #11 on Clemson’s all-time scoring list (1,440 points), #6 on Clemson’s career rebounds list (772) and #3 on Clemson’s career blocks list (143). She appeared in 120 games in her career, tallied 74 double-figure scoring games and 19 career double-doubles. Following her junior season, Thornton was invited to the 2019 US Pan-Am Games Trials.

“I’m very proud of Kobi and happy for this next part of her journey. It’s been a pleasure and privilege to coach her. Everyone knows what a great player she is, but most don’t get to see the person she is. She has a great heart and is an all-star teammate. I’m very excited to watch her grow and develop as a pro. I will be the president of her fan club!”

“I’m extremely excited and proud of Kobi. She came in her senior year after a great summer, making alternate with the USA PanAM team and was really confident. Being drafted was a goal of hers and I’m just so happy she was able to fulfill that goal.”

“I'm so happy for Kobi. She has the athleticism to play in the WNBA, but it will be much more physical than she is accustomed. Coach Butler and her staff have worked hard to help Kobi develop and I hope she has a long, successful career.”

“Kobi Thornton is a super talented and versatile player with a game that will translate to the pro level. She has impressive size and length and has improved so much at Clemson. She can play outside the paint and help spread the floor for a young, rebuilding team in Atlanta.”