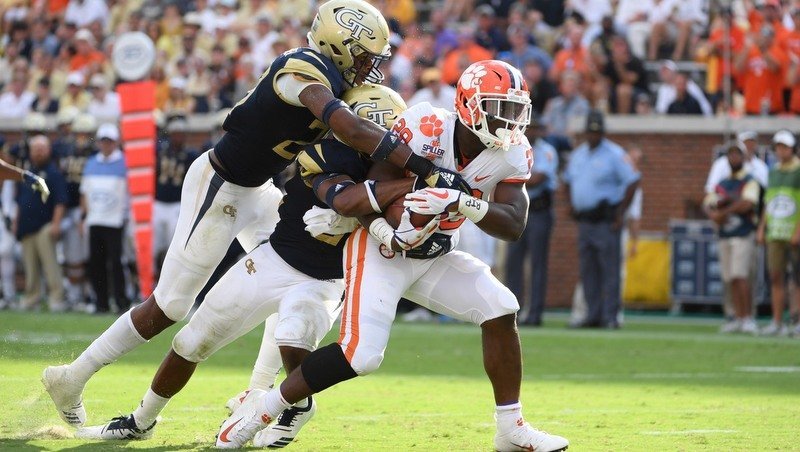 Feaster looks for yardage against Georgia Tech earlier this season

SAN JOSE, CA - Clemson running back Tavien Feaster told TigerNet Saturday morning that the idea of a transfer is "out there."

"The idea is out there, but I am really just focused on this game," Feaster said. "It's just a thought. And after the season I will sit down with Coach Swinney and talk about it. If the opportunity presents itself I could graduate, but if I don't I will just ride it out next season."

Feaster has played in all 14 games and has 75 carries for 429 yards and six touchdowns.