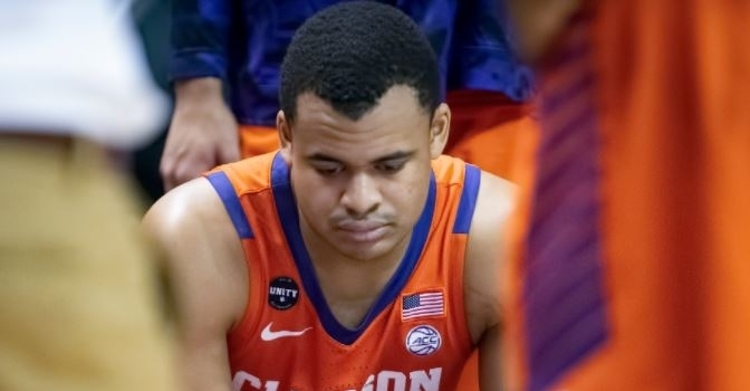 No. 20-ranked Clemson dropped its third-straight league game as Florida State controlled the action in Tallahassee, Florida for an 80-61 final score.

The Tigers were held to 5-of-30 shooting from beyond the perimeter and 30 percent overall, while the Seminoles made 48 percent of their shots.

Clemson has lost by an average of 24 points per game during its recent three-game run after having to pause for COVID-19 protocol.

The Tigers return to action on Wednesday at home versus Boston College (9 p.m./RSN).

"Florida State is a hard team to beat. When you're shooting as poorly as we did, it's impossible for us. I actually think we got a lot of good looks in this game. You need to be ready to knock shots down, though, but we couldn't make one, and that's demoralizing."

"Our team needs to regroup. We need to get our confidence back. This game was different from the Georgia Tech game, when we turned it over a lot. We turned it over only 12 times and made 22 free throws, but consistently shooting and missing shots puts a lot of pressure on your defense. We were playing uphill the whole game."

No. 20 Clemson's last three games have not gone well:

The Tigers are the first team in the last 25 seasons to lose three straight by 15+ while being ranked in all three games.