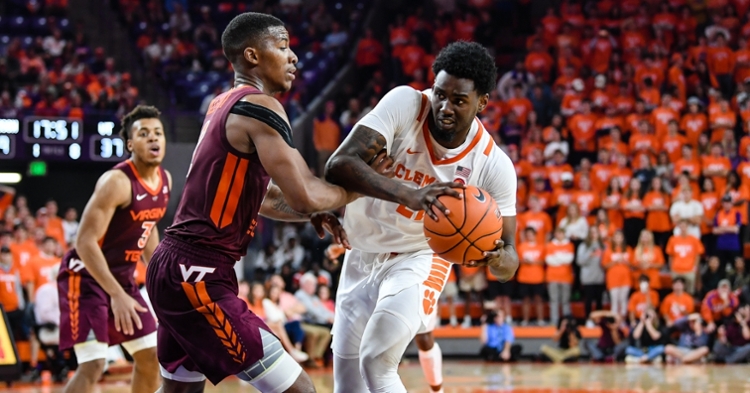 Moore is a former four-star and top-100 prospect who transferred in from Texas Tech.

He applied for a medical redshirt after an injury early in his freshman campaign there. Moore, a Macon, Georgia native, appeared in 28 games as a Tiger (four starts) and averaged 1.8 points, 1.7 rebounds, 0.5 assists and 0.6 blocks per game.

He scored his career-high of 10 points at Minnesota in the ACC-Big Ten Challenge.

Source: Clemson SF Khavon Moore, who began his college basketball career at Texas Tech, has entered the transfer portal. Moore was a former Rivals top-50 recruit out of Macon, Ga.