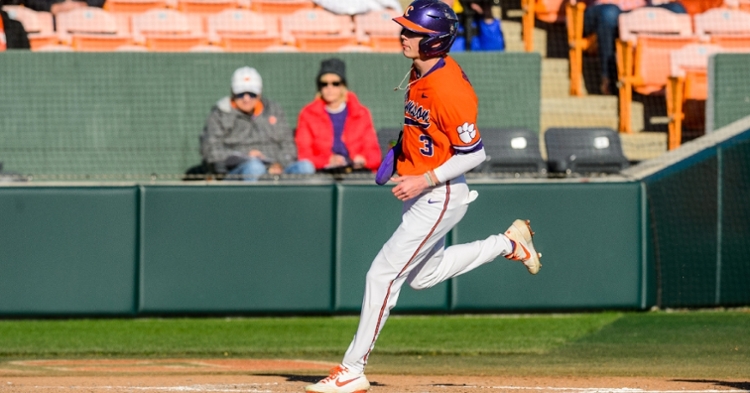 Clemson baseball swept its opening ACC series against Boston College over the weekend to move up in the latest college baseball rankings.

Baseball America slotted Monte Lee's Tigers up one to No. 22, while D1Baseball ranked Clemson for the first time at No. 24.

Among individual leaders, junior left-hander Sam Weatherly ranks third in the league in opposing batting average (.096) and fourth in ERA (0.79) and strikeouts (43).

The Tigers return to action with a pair of midweek games, starting Tuesday versus Presbyterian (6 p.m.) and then Wednesday with Winthrop (6 p.m.) before traveling to Wake Forest on the weekend (6 p.m. Friday/3 p.m. Saturday/1 p.m. Sunday).