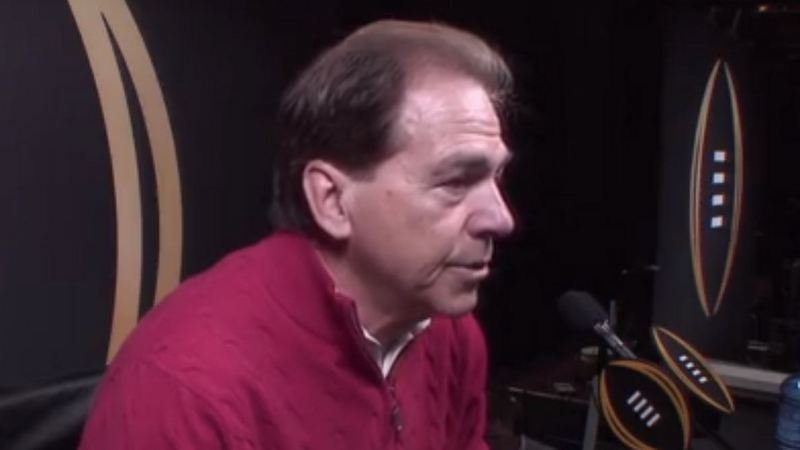 Saban speaks with the media Saturday

SAN JOSE, CA - The College Football Playoff National Championship held Media Day Saturday morning at Media Day, and Alabama head coach Nick Saban said the Crimson Tide look at Clemson as a member of the SEC. Why? Because they play every year.

"Well, I think this sort of has become a little bit like someone you play in your league because we have played several years in a row now. I'm sure they know a little more about us, we know a little more about them," Saban said. "I think that players still look at each game as a new challenge, and certainly I think that's going to be important, because they're a really good team that you're playing against, which is what you should expect in a game like this, and I think the players are going to have to focus on what's in front of them in terms of trying to get the kind of execution that will help them be successful in the game and certainly play with the kind of discipline that's not going to give the other team opportunities because of whether it's mental errors, penalties, things like that, that are even unforced at times that can be an advantage to the other team."