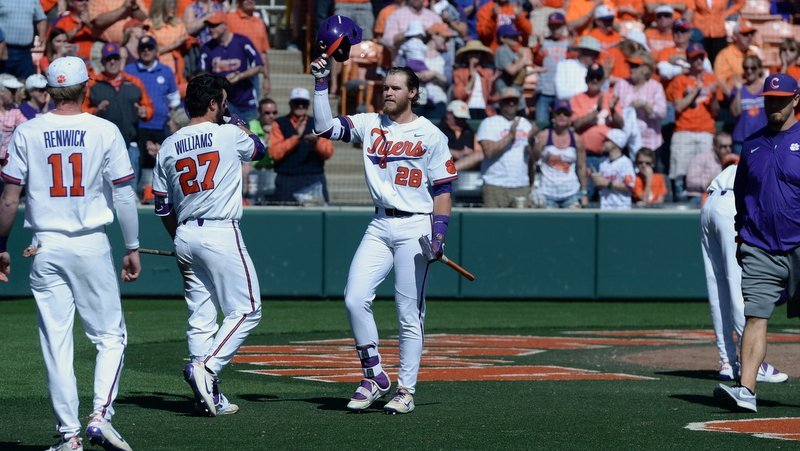 Seth Beer is one Tiger from this decade to make the list.

Who would make your all-time Clemson baseball lineup?

NCAA.com went through the record books to pick the best of the best for Tiger baseball through the years and came up with a collection of players stretching back as far as 1939 to as recent as 2018.

NCAA.com's pick for first base is Dude Buchanan, who hit .402 over his career spanning from 1939-41. Khalil Greene mans shortstop with his career including a run at the Golden Spikes and Dick Howser Awards in 2002, hitting .470 with 27 home runs, 33 doubles, 91 RBIs and 17 stolen bases that season.

Their selections would be coached by hall-of-famer Bill Wilhelm, who totaled 1,161 wins, 11 ACC titles and six College World Series appearances without a losing season in a career stretching from 1958-93.