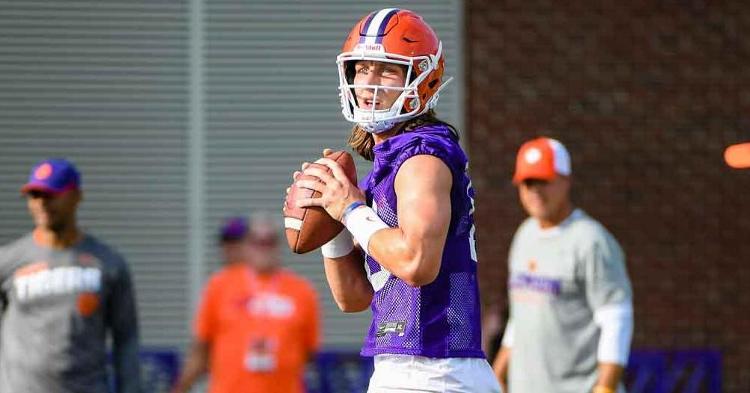 The NCAA paved the way for a number of schools nationwide to take steps forward in prepping for the upcoming seasons.

The D1 Council announced on Wednesday that football and basketball teams can start "on-campus voluntary athletics activities" beginning June 1, given that local, state and federal regulations are followed.

“We encourage each school to use its discretion to make the best decisions possible for football and basketball student-athletes within the appropriate resocialization framework,” said Council chair M. Grace Calhoun, athletics director at Pennsylvania, in a news release. “Allowing for voluntary athletics activity acknowledges that reopening our campuses will be an individual decision but should be based on advice from medical experts.”

A Clemson board of trustees meeting Wednesday didn't touch on Tiger athletics specifically, but they did initiate a three-phase return that will also start June 1 with employees returning for on-campus work. The goal is to be in phase three before on-campus classes' scheduled start on August 19.

Other NCAA rulings per the news release:

In addition, conferences may submit legislative concepts that are essential to the operation of the division, related to significant membership priorities or advance the NCAA Division I Board of Directors’ strategic areas of emphasis, including its modernization agenda. The Council will determine whether concepts meet the required parameters. The moratorium is effective immediately.

Additionally, the Council decided legislation introduced by the Council must follow the same parameters.

The Council remains committed to providing appropriate flexibility to support students, schools and conferences during these challenging times, noting that in some instances the appropriate avenue for relief should be addressed on a case-by-case basis rather than through a blanket waiver. To that end, the group approved the following:

Football Championship Subdivision teams will not be required to play at least 50% of football games against FBS or FCS opponents.

Financial aid minimums for FBS schools were waived to permit an institution to award at least 75% of the maximum FBS financial aid limit for three years. In addition, institutions will be permitted to award a minimum of 150 athletics grants-in-aid or expend a minimum of $3 million on grants-in-aid to student-athletes for a period of three years. Gender equity requirements and rules governing nonrenewal/cancellation of aid remain in effect.