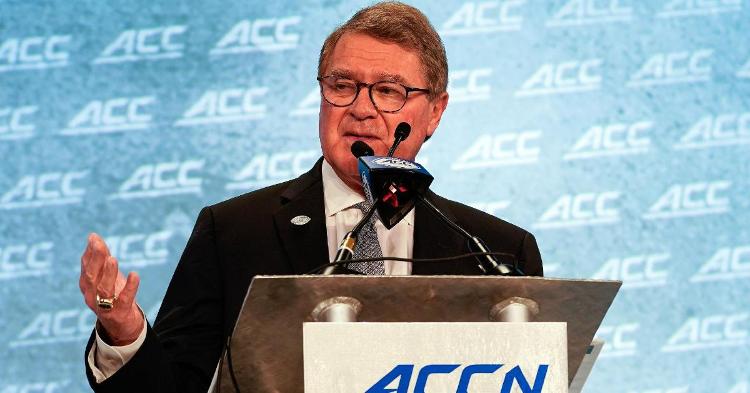 The ACC announced its approval of such a change this week. (USA TODAY-Jim Dedmon) (Photo: Usat / USATODAY)

The NCAA released the news Tuesday afternoon that its Transfer Waiver Working Group is considering a proposal to allow immediate eligibility for a transfer once in any sport.

The group hopes to have the measure passed in the 2020-21 academic calendar with feedback being gathered before an April meeting. Immediate eligibility would be granted under these circumstances:

*Receive a transfer release from their previous school.

*Maintain their academic progress at the new school.

*Leave under no disciplinary suspension.

The ACC joined the Big Ten in support of such a measure this week.

“During the league’s annual winter meetings (February 12-14), the ACC discussed the transfer environment and unanimously concluded that as a matter of principle we support a one-time transfer opportunity for all student-athletes, regardless of sport. As a conference, we look forward to continuing the discussion nationally," the statement read.

College football has already been among the sports allowing immediate eligibility for graduate transfers. Other transfer waivers have come on a case-by-case basis, which this measure hopes to alleviate.

“More than a third of all college students transfer at least once, and the Division I rule prohibiting immediate competition for students who play five sports hasn’t discouraged them from transferring,” MAC commissioner Jon Steinbrecher said in the NCAA release. “This dynamic has strained the waiver process, which was designed to handle extenuating and extraordinary circumstances.”

The waiver process would continue for the second or more transfers and for those not meeting the above requirements.