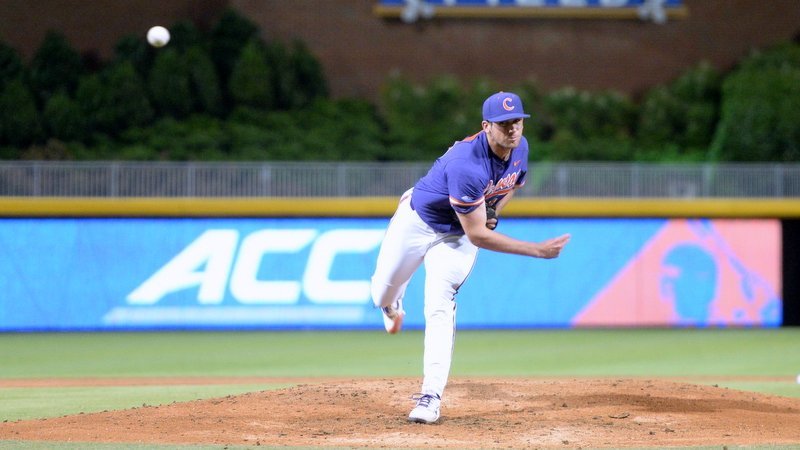 Clemson senior right-hander Brooks Crawford was selected in the 29th round of the MLB draft by the San Francisco Giants (pick No. 866 overall).

Crawford made 73 appearances in all in a Clemson uniform with a career 3.94 ERA and 137 strikeouts to 58 walks.

Clemson catcher signee Jonathan French, who announced he will forgo signing and attend Clemson, was picked a round later by the Cleveland Indians at No. 910 overall.

Congrats to @jbcrawford19, who was drafted in the 29th round (No. 866 overall) by @SFGiants! #ClemsonFamily pic.twitter.com/pWnKM1ZA2J