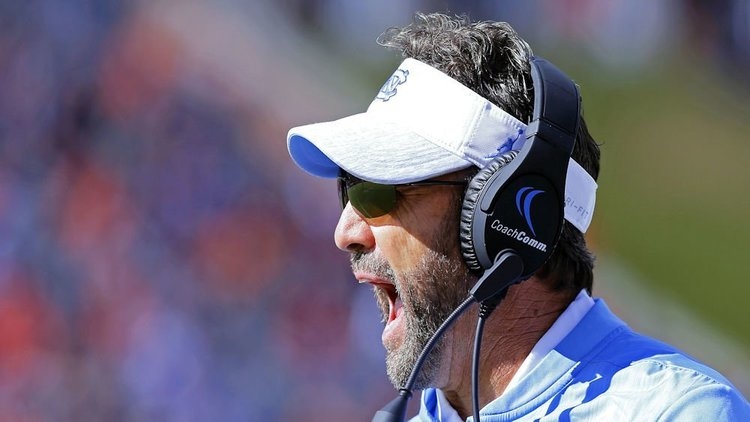 North Carolina announced on Sunday morning that head coach Larry Fedora has been fired after finishing up a terrible 2-9 record including 1-7 in the ACC.

"We appreciate all that Larry Fedora has done for us over the last seven years -- coming to Carolina in the midst of an NCAA case and bringing stability to our football program when we most needed it," Director of Athletics Bubba Cunnigham said in a press release. "Despite injuries, despite setbacks and hardships, Larry never made excuses. He focused his teams on overcoming adversity, and I deeply respect the way he persevered and led our program each day with integrity through some tough times. This was not an easy decision because of the deep affinity I have for Larry. It simply is time to take our football program in a new direction."

Fedora had four years left on his contract and is owed $3 million per season ($12 million total) on his buyout. Since UNC's 2015 ACC title loss against Clemson, his team went downhill with only 13 wins and 23 losses.

Larry Fedora’s 2017-18 win-loss record was bad. But the summertime CTE rant, the season-starting shoe sale suspensions and the season-ending fight that took place in an empty Rivalry Week stadium...that was worse.

NC State & UNC love us so much they not only went to OT but then got into a brawl after the game just to give us a few more minutes of Raycom Sports. pic.twitter.com/cTDHb71dyk