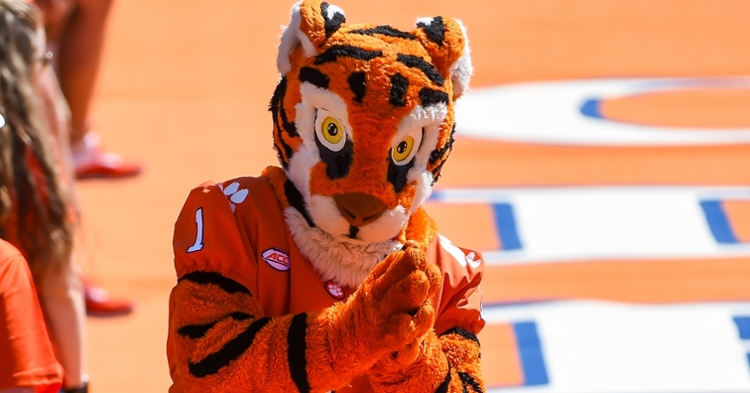 GoFundme fundraisers can be serious and sometimes just for fun.

LSU fan Dion Grossnickle made a trolling fundraiser to 'Purchase Clemson a new mascot costume' on Monday before the National Championship game.

The prank has raised 2,846 dollars in only a few days.

Wait there is a happy ending.

Grossnickle was shocked by the money that was coming in so he contacted Clemson and made sure the money went to a good cause.

"We congratulate LSU's football team on winning the game," said Clemson Athletics spokesman Jeff Kallin told WWLTV. "Clemson's Tiger mascot has been a proud part of our department for decades. While we appreciate the initiative to replace our department mascot, we hope that the funds can do some real good. We'd hope the individual will consider donating the funds to Tigers United, a consortium which includes both Clemson and LSU dedicated to the preservation of tigers in the wild. You can find more information about it at tigersunited.org."

Here is the entire summary of the fundraiser by Grossnickle who was shocked by the good nature of Clemson fans:

Here is an update on the campaign. As most of you know by now, this page was created to gain some smiles and create some giggles. Never in my wildest dreams would I have thought it would raise any money due to it was created as a joke during the 1st quarter of the National Championship game between Clemson and LSU. To be honest, I thought the post on my Facebook page would be seen by a handful of my friends that happen to be LSU fans. Little did I know that the post would be seen by millions upon millions of people and raise a few thousand dollars. Once I was notified at halftime that my post seemed to be growing, I feared that my joke would make many Clemson fans extremely upset. That was my biggest concern as I am a very big Clemson Football fan and highly respect their Football program as well as their players. But being a LSU fan, I was rooting against them for just one night :) The great thing that came out of this is that I quickly learned that Clemson fans have a great sense of humor. Hats off to each of you. Now onto the monies raised.

Once I realized that this GoFundMe page would actually bring in some money, I quickly tried to reach out to the Clemson Athletic Department to see where the money raised could be used. Bottom line, this money is their money, and I wanted to be 100% certain that they made the decision. I am happy to announce that they suggested that the monies be donated to an incredible organization in Tigers United. To learn more about what this organization does please visit TigersUnited.Org. I believe that this is the perfect place for the monies that have been raised, and that will be raised to go. LSU, Clemson, and Auburn are all part of this wonderful organization that has little exposure. But I am hoping that my Facebook joke can be used to grow their purpose. What a great cause!!!!! Great job, Clemson!