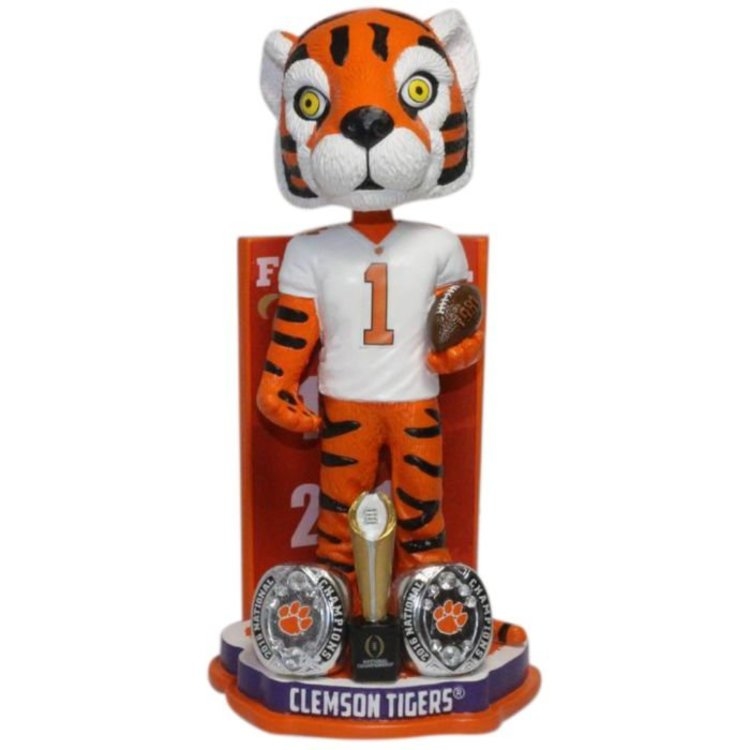 Act Now! The orange jersey bobblehead sold out within 24 hours of being released earlier this summer.

This is the second bobblehead commemorating both of Clemson’s football National Championships. The first version with the orange jersey sold out within 24 hours of being released earlier this summer.

The bobblehead features The Tiger with the 1981 commemorative championship football in his hand and the 2016 College Football Playoff National Championship Trophy and two replica Championship rings at the base. The backing lists the years of the Championships.

The 2016 Clemson National Championship bobblehead was the best-selling sports-related bobblehead ever prior to the Sister Jean bobblehead this past March.

Each bobblehead will be individually numbered and once they’re gone, they’re gone forever!

They’re $40 each plus a flat rate shipping of $8 and will be shipping in February.

The bobbleheads were produced exclusively for the National Bobblehead Hall of Fame and Museum by FOCO. 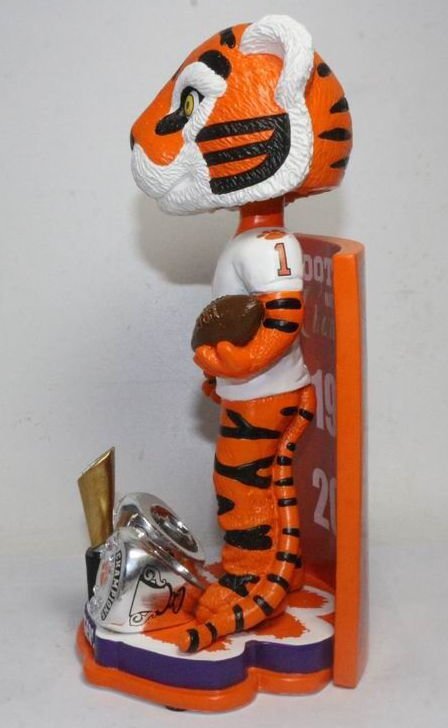