Mintaka's take: Today we'll take a look at Godfrey Hall, otherwise known as the old textile building. It was here that the textile department called home until Sirrine Hall was completed in 1938.

Godfrey Hall also served as a dressing room for the football team during the years they played on Bowman and Riggs fields until Fike was built. In addition, the top floor was used as an overflow ward for the college hospital. 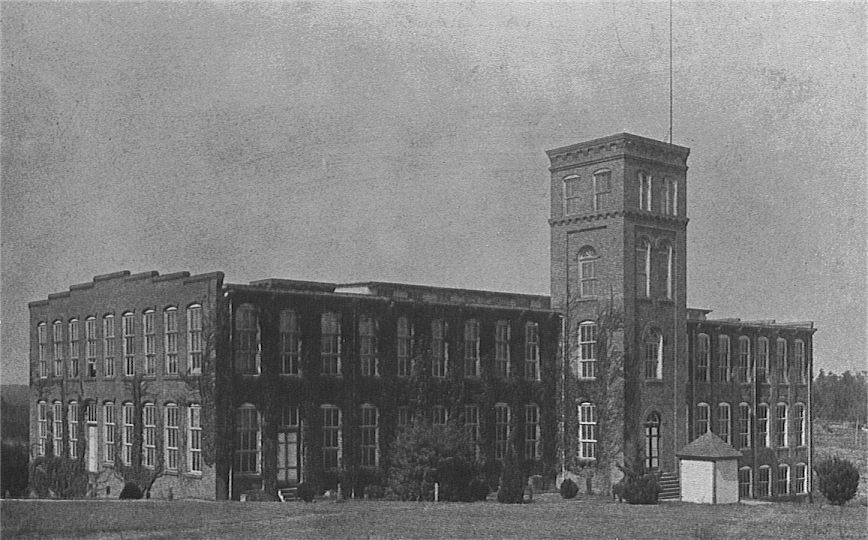 Godfrey Hall was built in 1898. The photo below shows the construction of the building as cadets assembled around the site. This event was noteworthy because this was the beginning of Clemson's commitment to textile education. 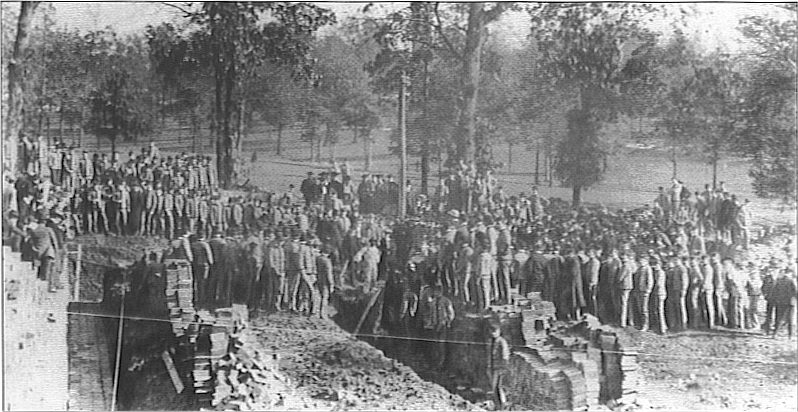 Godfrey also has special meaning to me, because it was in Godfrey that my father took all his textile classes way back in the mid to late 30s. In fact, he was in the last class to finish their textile education in the old textile building (class of 1937) before the textile department moved to Sirrine Hall.

The photo below shows him as president of the Phi Psi textile fraternity taken just outside of Godfrey (he's the one standing on the left with his arms crossed, not sure who the guy is messing with his hat, lol).