Check out this historical photo of the large 'CU' sign on the hill in 1964. 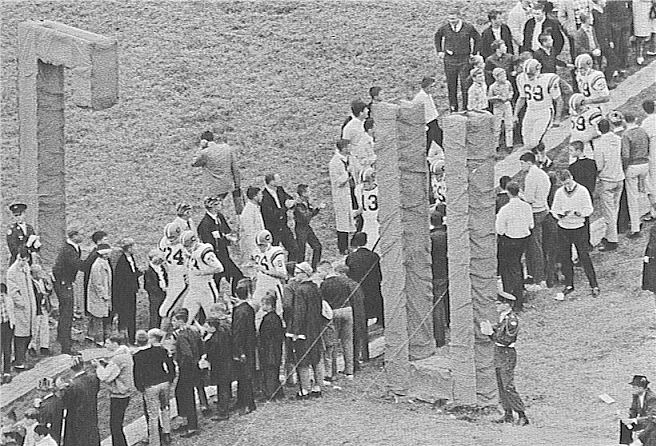 Mintaka's pic description: When Clemson became a university in 1964, it was a big deal. Everything had CU on it, including "The Hill." In fact, Clemson had been a university before 1964, and it was only the name that changed. Legally the name was "The Clemson Agricultural College of South Carolina," but changing the name was a bit of a challenge since Thomas Green Clemson specified the name in his will, and the State of South Carolina had acted on his request.

This meant that in order for the school's name to be legally called Clemson University, school officials had to actively seek out the living heirs of Thomas Green Clemson and obtain their consent for the name change, plus they had to get the South Carolina General Assembly to enact the name change. It was a big deal.