Check out this historical photo of a crime movie being made at the President's house in the 1970s.

Mintaka's take: Briefly in the early 70s the Clemson campus became "Jordan College" when "The Midnight Man" was filmed here. Burt Lancaster co-wrote and co-directed the film in addition to playing the lead role. It received an R rating and was released in 1974. 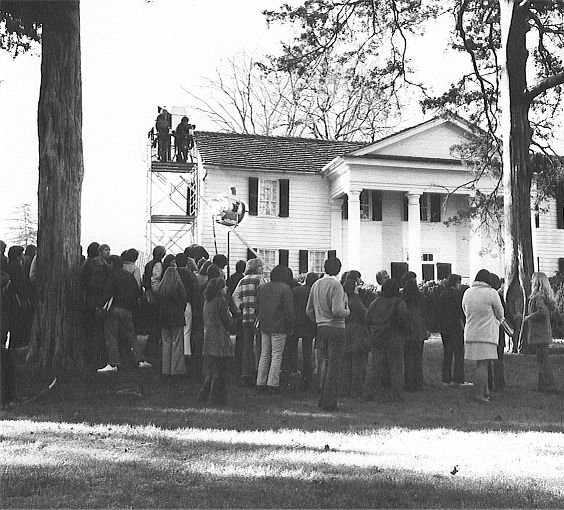 Besides staring Burt Lancaster, it also featured Susan Clark, Cameron Mitchell, and a very young Catherine Bach. The Clemson alumni had mixed feelings about the film.

Some thought anything filmed at Clemson had to be good, others thought it stunk. The film didn't do well at the box office and few people outside of the state of South Carolina even remember the film these days. It does show up from time to time on various cable channels.